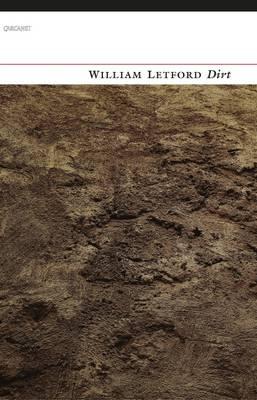 Each poem is imbued with a concrete rootedness through Letford’s embrace of both Standard English and dialect. His earthy command of demotic Scots places him in a poetic tradition alongside Glaswegian writers such as Edwin Morgan and Tom Leonard: playful compounds such as ‘Talknaboot?’ reflect the messiness of oral communication, where words blur into one, while the simple monosyllablic ‘Da’ is equally striking – a disarmingly subtle term of address with which to begin a ‘Prayer’.

In ‘This is it’, the speaker notes ‘Am/ootside Gregs eatin a macaroni pie’. It is as if the diaristic, present-tense style of the cosmopolitan New York School has been transposed to ‘skint’, small town Scotland. Listening to a busker playing the guitar, the speaker balances the less than salubrious setting of this performance (‘a coarner in yur hame/toon, an audience eh one radge’) with the affirmation ‘wee man, yur singin’, thus privileging the lyricism of the ‘wee man’ over the institutional contexts and well-heeled audiences according to which poetry is validated. The muck of a street corner unexpectedly offers a space for art to blossom.

Dirt’s focus on the concrete world is also expressed in formal terms. Letford, again evincing the poetic lineage of Edwin Morgan, mixes traditional and concrete poems. Words are not only strung together, but deconstructed. For example, the letters that form ‘rain’ run down page 14 in tightly packed, regular columns. To represent ‘rain’ in this form is to invite comparison with Apollinaire’s seminal concrete poem ‘Il Pleut’, laid out in flowing, diagonal strands of text. Where Apollinaire’s rain is whimsical, Letford’s looks (to use a Scots term) dreich. Nonetheless, in the following poem ‘algae’ Letford suggests:

The reader is prompted to reimagine the deconstructed characters of ‘rain’ as beads in a curtain. In this way, Letford draws on the fluid interplay between traditional and concrete forms, between metaphor and mimesis. Whether in ‘rain’, or in ‘the insistent whistle’ – where the heightened letters ‘l’ and ‘i’ ominously ‘pierce[]’ the blank page – Letford probes the poetic representation of concrete reality to invigorating effect.

He was talking through an imagined version of himself,
as if the wind he created was blowing up his own ass

This poem hinges on a cliché, with the title sending up management jargon (‘corporate climate’) as mere hot air. But the poem feels unsatisfyingly thin in its brevity, considering Letford’s fascinating portrayal of a corporate scenario in the longer poem ‘The interview’. Although ‘The interview’ opens with the cartoonish figure of ‘a middle-management centaur’, it develops from satire into a disturbing, Freud-inflected meditation on ‘want[ing] it all’.

Likewise, the brief lyric poem ‘Naked’, which evokes ‘the gift’ of love, lacks the accumulated emotional force of the longer narrative in ‘In a bamboo shack on the edge of the beach’. This poem, which begins with the act of reading aloud (‘He read her ‘The Moor’ by Russell Banks’), ultimately presents love itself as a narrative process. The body of a lover is transformed into ‘a canvas’ waiting to be inscribed by meaning. In keeping with the central preoccupations of Dirt, Letford foregrounds the materiality of body and text. He posits good writing as an ethical imperative (‘Write well’), even though his own style is characterised by a playful lightness of touch.

If Dirt risks unevenness of form and tone, this is surely necessary to convey the ‘messy’ variety of concrete experience. As Letford recognises, ‘there are all types of bodies’. Bodies are represented in Dirt at all levels, from the tiniest traces of ‘saliva and spit’ to the lyric self-expression realised in song and dance. Though there are all types of poems in this collection, they have a singular force. These poems leave the reader, in the words of Letford’s lapidary epilogue, with ‘repercussions of great beauty’.

Alex Shaw is a third year student of English and German at Jesus College, Oxford. His poems are published or forthcoming in The London Magazine, Ink Sweat & Tears and The Cadaverine, among others. He won the Martin Starkie Prize 2015 and was shortlisted for the London Magazine Poetry Prize 2016.