Daniel Panteleo is Guilty
You can crack a cop’s head open with
An ice cream scoop if you run it under
Hot water first. Strip him down to his
Fleshy tendons, render his instincts
Silent. Pig’s blood ain’t much good
As a deterrent when you’re ankle deep
In the trough blocking out a path home.
The watchmen don’t eat doughnuts;
It’s a lure, a false sympathy. Sugared
Up coked up waffle irons laughing
Into their shrapnel, their blood splatter,
Their chocolate sprinkle and coffee
White two sugars. You can kneecap
A boy in blue using a crowbar and
Some elbow grease, use the badge
To pop the patella out. He’ll scream
But if you’ve done it right he’ll feel
Every single step from the court-
House to desk duty to freedom to
The weight of an innocent plea. 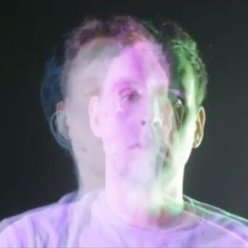 Aaron Kent is a working class poet and publisher born and raised in Cornwall. He runs Broken Sleep Books and has had several pamphlets released. Twitter: @GodzillaKent