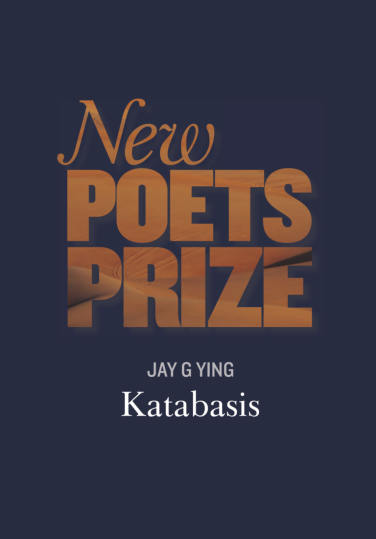 I absolutely loved Katabasis – I thought it was some of the best poetry I have read all year. My initial impression of the pamphlet was of how gripping, intense and vivid it was. Ying has an amazing ability to use and play with language. I will be taking the pamphlet as a whole, as each component works so perfectly together.

Reading this pamphlet immersed me inside another world, a world expertly imagined and crafted by Ying but also a world that reaches out: from The Descent of Inanna, an ancient Sumerian text which this pamphlet translates, rewrites, and transforms*; to the poetic voices that Katabasis echoes and to the boundaries of our own world. ‘War’ is a character within the text, also a personification of the concept of War. This suggests a duality of War as both long ago and distant (the idea of the ancient and the now is an important theme expertly woven though the text) and as present and imminent.

The opening text of the pamphlet frames it as a response to the 2001 military invasion of Afghanistan, and particularly the idea that this occupation was known as “Operation Enduring Freedom (then Operation Freedom’s Sentinel) [and] was originally named Operation Infinite Justice”. Throughout the pamphlet, the process of naming is important and Ying asks us to consider these names through the pamphlet’s own engagement with ideas of ‘freedom’, ‘justice’ and what is ‘infinite’ and ‘enduring’.

“These translations are also transformations […] the presence of War changes and corrupts the text.”

The pamphlet’s own title Katabasis, from the ancient Greek for ‘descent’, signposts the poem’s intertextual engagement with The Descent of Inanna and also references the speaker’s emotional (and literal) processes of descent within the pamphlet. In fact, as a reader you feel as if you are also descending into the pamphlet. The speaker of the poem names themselves “INANNA, INANNA too hard to spell / twice yielded, reborn, doubled” and the opening page of the pamphlet “Two Conventions of Translation” also plays with the idea of translation – Katabasis both as translation of The Descent of Inanna, and containing translations from The Decent of Inanna.

These translations are also transformations: most importantly the presence of War changes and corrupts the text. For example, the third poem (and first section of translation) brilliantly retranslates “Father Enki, don’t let anyone kill your daughter in the underworld. Don’t let your precious metal be alloyed there with the dirt of the underworld. Don’t let your precious lapis lazuli be split there with the mason’s stone.” (lines 220-216) as “Father, do not let your daughter die in the War: Do not let your glossy daughter be fused with the hot metal of the War : Do not let your lapis lazuli become fantastically corrupted in the War”. I could look at the “fantastically corrupted” poems in Katabasis forever and still find something new to say; I really cannot recommend this pamphlet highly enough. 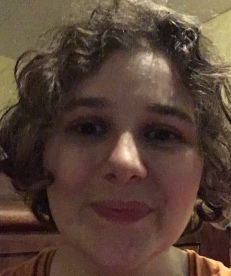 Freya Jackson lives in Leeds. She was winner of Ink, Sweat & Tears’ Poem of the Month competition for August 2017 and was awarded a New North Poets Prize by New Writing North in 2019.