Some books we skim, some we savour. Some get gobbled up and some abandoned. Here’s a personal snapshot of my reading life – the books, but also the sparks that fly between them. 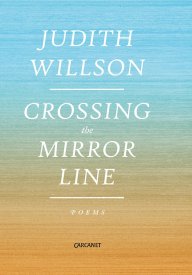 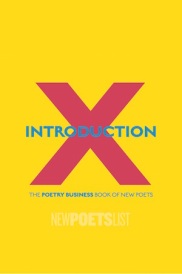 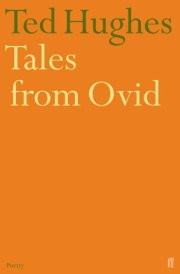 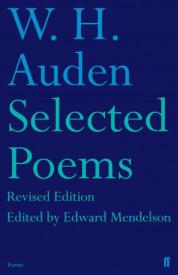 My current favourite is Judith Wilson’s Crossing the Mirror Line. She writes about such fascinating things! The first dozen pages alone deal with the trade in ice in the 18th Century; the Spanish invasion of China; Spurn Point; and the death of a child-miner. As a poet, she gets everything right: beautiful, fulsome vocabulary, arresting images, and perfect control of tone and metre. She is thoughtful and exact. These poems have clearly seen many reworkings. I’m reading this book greedily, barely appreciating the poems’ finer workings. But I know I’ll come back to it again.

I’m interspersing this with a very different poetry – hard and direct: Ted Hughes’ Tales from Ovid. I’m a big fan of Ted Hughes, especially his famous nature poetry, so I was disappointed with this retelling of the Greek myths. They are prosaic poems in straightforward, everyday language. Admittedly, they are accessible, bringing an imaginative immediacy to ‘elitist’ classics. But I can’t help wanting a bit more magic; the language doesn’t excite me at all. Hughes’ blunt diction is used to great effect in poems like ‘Lovesong’. But here the language doesn’t feel powerful to me, just rather easy. Perhaps because the Greek myths are so full of violence and melodrama already, I feel this is a telling, rather than a retelling and Hughes doesn’t really add much. Tales from Ovid won the Whitbread ‘Book of the Year’ in 1997: were people more impressed by poets knocking things off pedestals back then? I started this book to improve my knowledge of Greek mythology and it is doing that. I’m reading this book dutifully and moderately enjoying it.

A book I started a while ago, and am enjoying reading very slowly, is Introduction X: The Poetry Business Book of New Poets (I do have to declare a vested interest here, as I’m featured in it. It’s my comp copy that I’m enjoying.) The contributors are all young Northern poets, mostly in their early twenties. Not every poem in it is brilliant, some are over-done – that striving for effect that trips up every new poet. But there’s accomplished technique here too. Reading this will give you heart for the future of British Poetry. Stand-out poets include Sarah Fletcher, James Giddings, John-Paul Burns and Jenny Danes. It’s a great book to dip in and out of and I’ve deliberately slowed my progress so that I can take a shot of youthful energy and chutzpah when I need it. It’s a perfect contrast to the rather cautious precision of Judith Wilson. It also contrasts nicely with Tales from Ovid – sustained dedication versus fire-fly flashes. I’m reading this anthology like someone eking out a box of chocolates.

I’m reading my next book slowly – indeed dwindling to a standstill: W H Auden’s Selected Poems. I was introduced to Auden’s classics in primary school and they lodged like a micro-chip in my brain as a prototype of what poetry should be: strong metre and rhyme in unforced, savorous vernacular. So, I recently purchased and tackled the fat Selected with gusto. I decided to work from end to beginning, thinking the most contemporary would be the most accessible (Auden had a long career). This might have been a mistake. As it turns out, I don’t like the later Auden. Many of the poems from the sixties and early seventies seem arch and snidy, narrow and domestic. Although I love the long-ish poem ‘River Profile’, which describes a river’s varied course from source to sea. This poem has the confident majesty of language I expect from Auden. So I’ll persevere, back through the unknown fifties, until I reach the lurking gems of the thirties and forties. I’m reading this one doggedly and in hope. 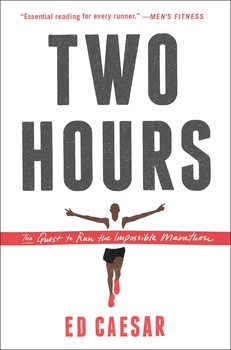 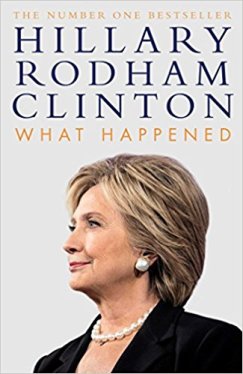 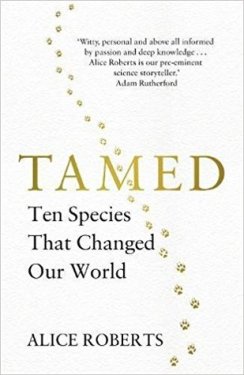 My prose reading is as fractured as my poetry reading. Currently topping the personal charts is Two Hours: The Quest for the Impossible Marathon by Ed Caesar. I’m a runner, and I filched this book for some inspiration, keeping an eye out for tips on performance. I’ve read it fast, thanks to Caesar’s excellent writing – unobtrusive but pacey. It’s almost a page-turner. Caesar skilfully keeps our attention moving from psychology to sports science, to history, to the great personalities of marathon running. He brings to life those incredible individuals who test the limits of human endurance, and this means he can dish out facts and figures without overwhelming the reader. My favourite parts are about the Kenyan runners who live in spartan, mountain training camps, away from distractions. Their rags-to-riches stories and their strength of character are truly inspirational. I’ll probably finish this book before others that I started earlier…

….such as What Happened? by Hilary Rodham Clinton, an account of the election she lost and also her personal approach to politics. A woman who has been Secretary of State, Senator, First Lady and Presidential Candidate has to have some interesting insights to share. I’ve particularly enjoyed her accounts of the campaign trail – the crazy schedules and the practice sessions for the televised Trump debates. I’m also horribly fascinated by how anyone picks themselves up from such a massive and public defeat. However, it could do with an edit. The self-justification does get wearing after a while. And there are some pretty sappy passages about her family. At 464 pages this book just isn’t focused enough on what readers want to know about American politics now. Nevertheless, there are interesting bits, such as how bills get through Congress and the media operate. I’ll continue with this one but make a conscious effort to skim-read the second half, and pull out the nuggets I want.

Last in the pile is Tamed: Ten Species that Changed the World by Alice Roberts. Roberts takes ten animal and plant species and charts their evolution: specifically, their impact on the human race, and ours on them. She uses evidence from archaeology, anthropology, even language, but especially from genetics. Roberts must be a talented writer because I normally hate science and this book is stuffed with it. It’s a book for the general reader but Roberts doesn’t dumb down. She’s good at explaining scientific uncertainty, what we know vs. what we think we know. And she creates stories and imagines what this evidence means – being a young man climbing on the back of a wild horse for a dare – throwing your hunting scraps to a wolf-cub who hangs around for more. Spanning continents and ages, this book shrinks our globe. Reading about the whole of human history in a couple of paragraphs makes me feel quite dizzy. What a privileged vantage-point we have! I’m reading this book slowly to take in the detail of unfamiliar disciplines. I’d benefit from reading it a second time.

What does this snapshot tell me? That my attention span has been crushed by social media. That I am increasingly intolerant of poor writing style. That the loss of Editors in modern publishing is a curse. But above all, that I want books to lift me up, to inspire and educate me. I want to be dragged out of my own petty world and introduced to the unknown, whether that’s Neolithic camp-fires or the Californian primaries. 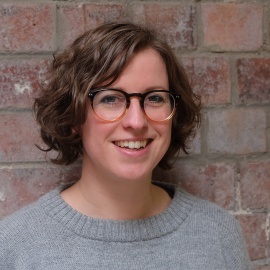 Charlotte Wetton is based in West Yorkshire. Her first pamphlet, I Refuse to Turn into a Hat-Stand won the Michael Marks Awards 2017, following a spoken word album, Body Politic. She’s been published in Poetry Wales, Staple, Stand etc.  She has given workshops as part of the Bridlington Poetry Festival and Poetry at the Parsonage at the Bronte Museum. She regularly performs across the North, came second in last year’s the StAnza Festival Slam, and this year is performing at the Aldburgh and Ledbury Festivals.